Alan Wilson was an indentured apprentice for Star Bodies in Oldham and attended Openshaw Technical college studying vehicle and coach building from 1972 until 1976. Alan won a 2nd prize in a country wide competition for timber framing while studying at Openshaw college and gained top honours and credits in the city and guilds examinations.

Alan built and raced Formula 1 Stockcars from the age of 17, winning and gaining invaluable experience in racing and preparing cars to a high standard to take the punishment and horsepower of these exhilarating special cars. 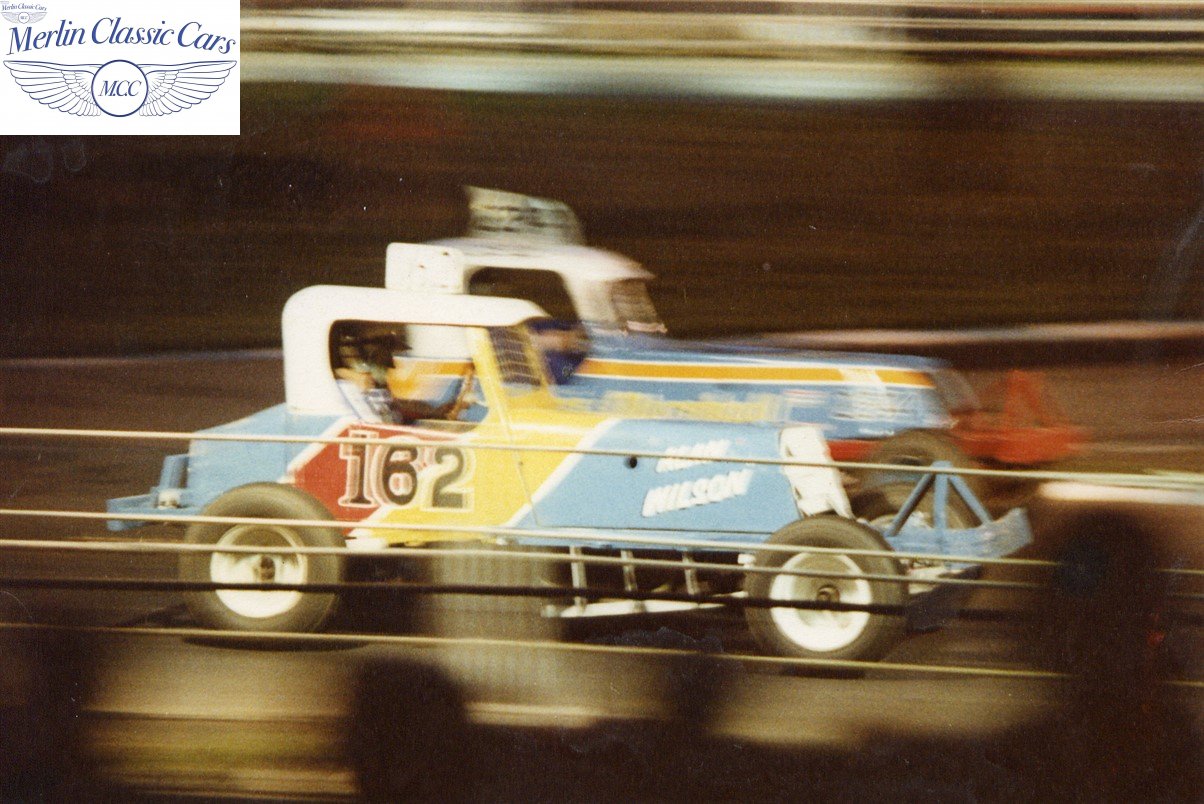 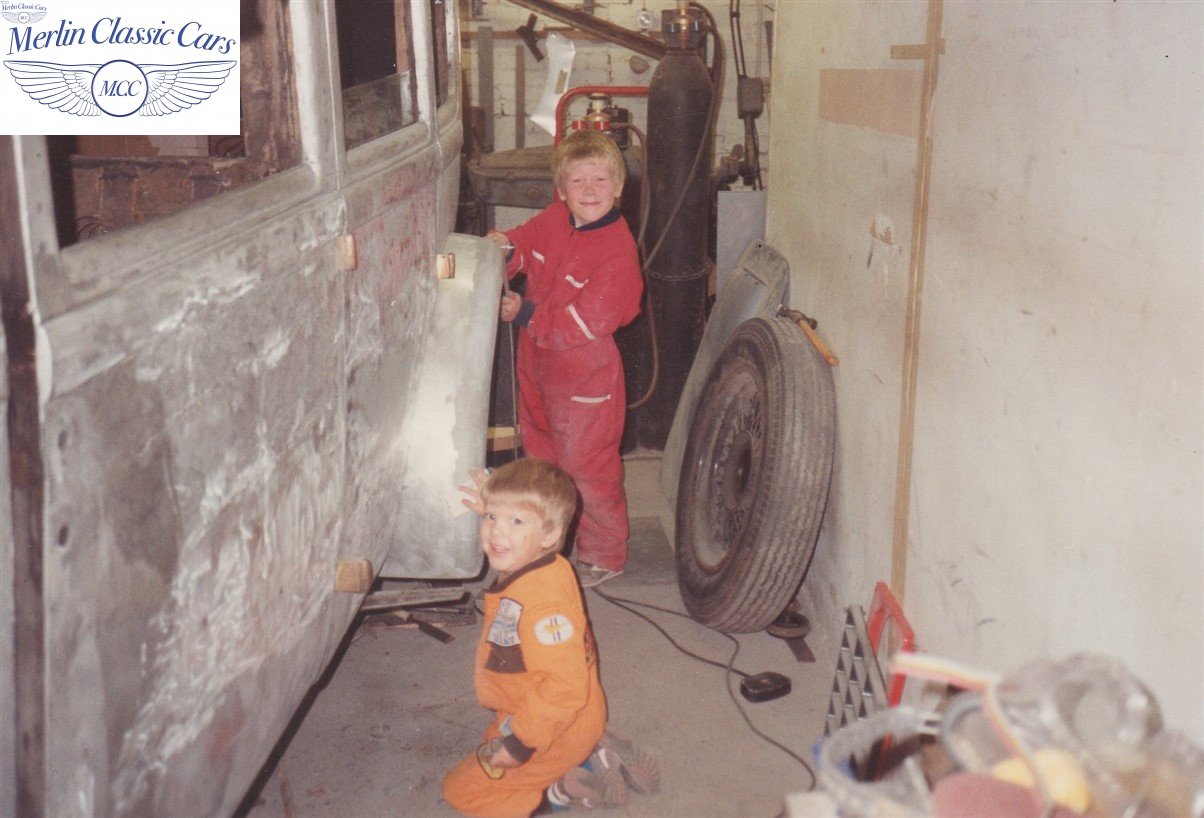 Chris & Rick Wilson Have Been Around These Cars All Their Lives

Alan has now passed on his knowledge to his sons, Chris & Rick Wilson who both now work in the family business. The brothers have always been around classic & vintage cars so both have a profound understanding & knowledge of many different manufacturers & models of these vehicles and the neccessary proccesses & requirements of completing any vehicle restoration project.

Chris has studied under Alan since being 17 years of age. Alan insisted he serve a 4 year indentured apprenticeship with him before trying other areas of the vehicle trade. Chris has had the same indentured apprenticeship which Alan had, and has worked at various body shops including a spell at Chevron racing cars building and preparing Chevrons, F1, F2 and GT cars for racing. 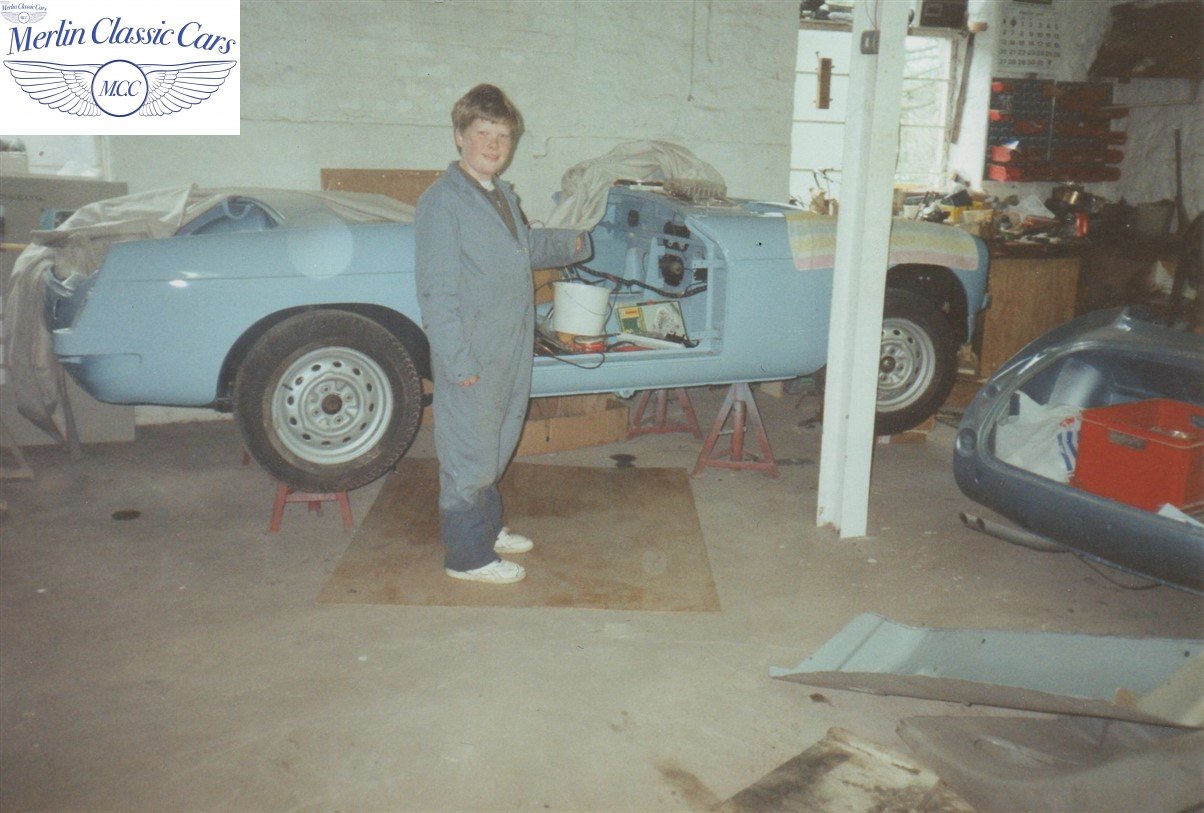 Chris At A Young Age
About Merlin Classic Cars 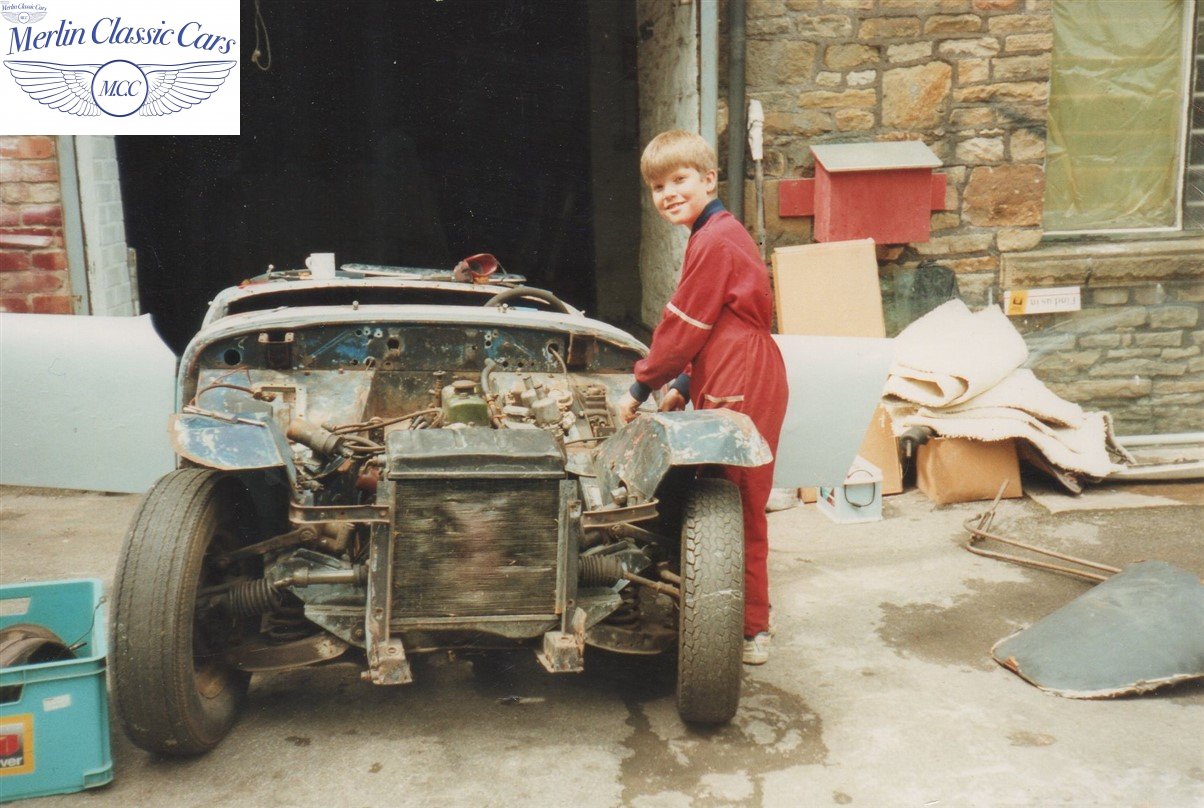 Rick At A Young Age

As well as being taught metal and bodywork Rick studied all aspects of body & paint work for 4 years under Gary Townley, who previously worked for Richard Proctor at Plus Four Motors, while there Gary completed paint work for several vehicles to compete in the infamous Pebble Beach Concours D`elegance.

We have been involved with vehicle restoration since 1977.

Further Concours prizes were won over the years with both vintage and classic cars, Austin Healeys being one of the favourites.

A Historic rally car built by Merlin and driven by the late David Shakespeare won numerous awards in Europe and in the UK as well as concours prizes from 1989. A Delage D8S, one of only 3 built, owned by John Ash also won numerous Concours awards including best car in show at the NEC in 1990 and continues to win Concours D`elegance prizes today, the last being in May 2014 at the Gawsworth Hall classic car show. 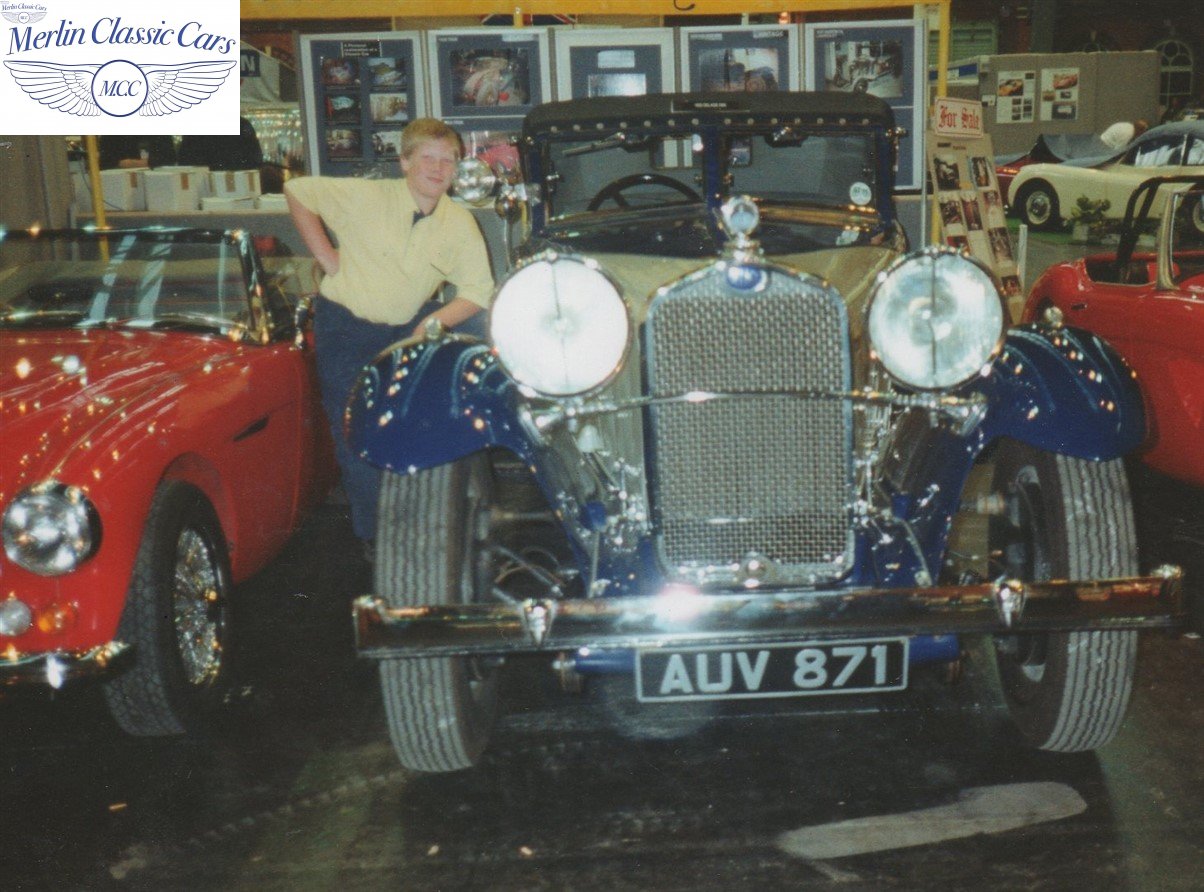 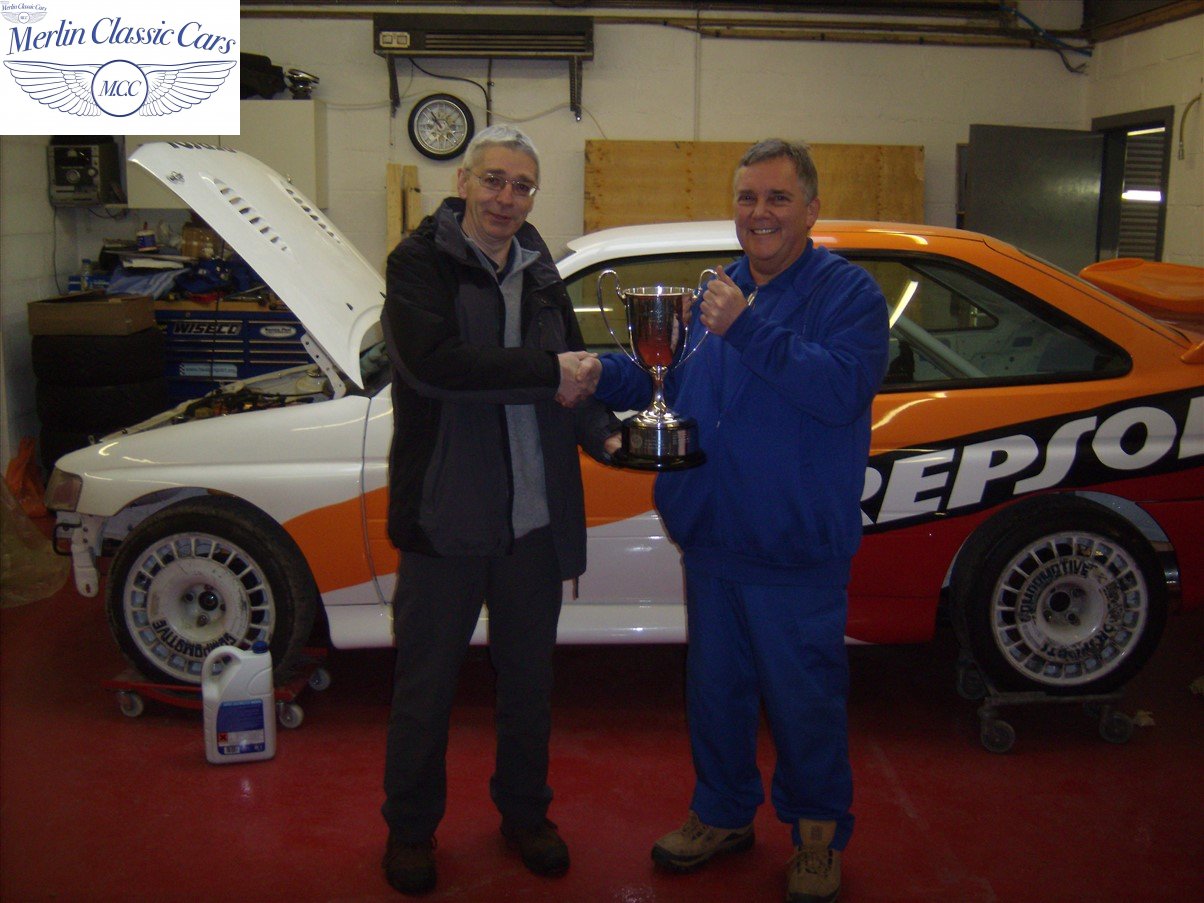 Alan Receiving A Trophy For Competing In His MkII Healey

Alan’s MKII has won the Liverpool and Chester motor club Sprint Championship for over 3litre class in 2005,06,07,08, and also tied on points in the Austin Healey sprint and Hillclimb Championship in 2006 only losing by 1 podium finish to Paul Baker in his MKIII Healey.

Chris built a racing spec MKII Sprite at the Merlin workshops which weighed just over 600kg, he sprinted it for several years and competed very well with more established drivers and their cars. He has since owned a Ford Escort Cosworth rally car and more recently restored & prepared a Nissan 200SX to race.

Rick & Alan have now also restored a 1967 MGB GT to full race standards and will be sprinting in the near future.